Millfield House was first mentioned in the minutes of the Edmonton Vestry, 1796 when it belonged to John Wigston of Trent Park. 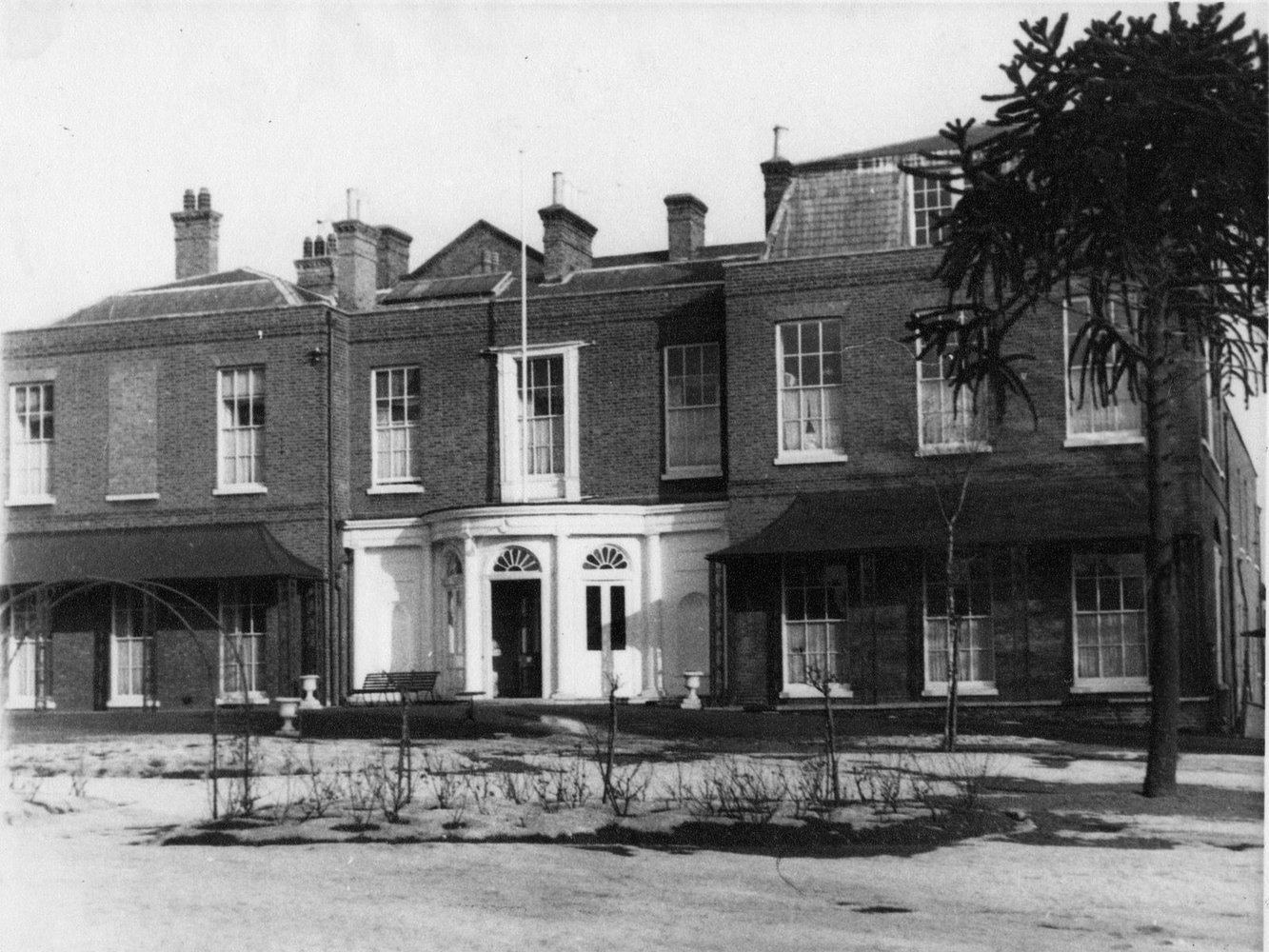 It stated that the house had been let to the Imperial Ambassador of the German Empire.After a series of owners from the landed gentry the house was sold in 1849 to the Strand Union Guardians and was established as a school for London workhouse children.

Over the next 40 years several extensions were made to the house which by 1897 housed 400 children. The school was partly self- sufficient complete with two meadows, cultivated land and a herd of cows and some pigs. The children were taught trades; the boys, tailoring, shoe making and carpentry; the girls, housework, needlework and laundering.In 1913 the school closed and by the beginning of World War I housed Belgian refugees.

The house was converted into the St David's Hospital for Epileptics in 1915 by the Metropolitan Asylums Board.By 1971 the house was acquired by the London Borough of Enfield, who renovated and demolished some of the work house buildings, although a lodge and outbuildings from that period remain as well as an early 20th-century lodge. Take a look at some of the old images in the Millfield House Archive Photographs Gallery

The house was re-opened as an Arts Centre in 1979. In the gardens one of the few remaining communal air- raid shelters in Enfield can be found, adjacent to the garden is the St David's play area. Millfield House underwent extensive refurbishment in 2010/11 and was opened by actor Rudolph Walker. Take a look at the Millfield House Reopening 2011 Gallery

Millfield Theatre opened on December 15, 1988 in the grounds of Millfield House on Silver Street in Edmonton, North London. 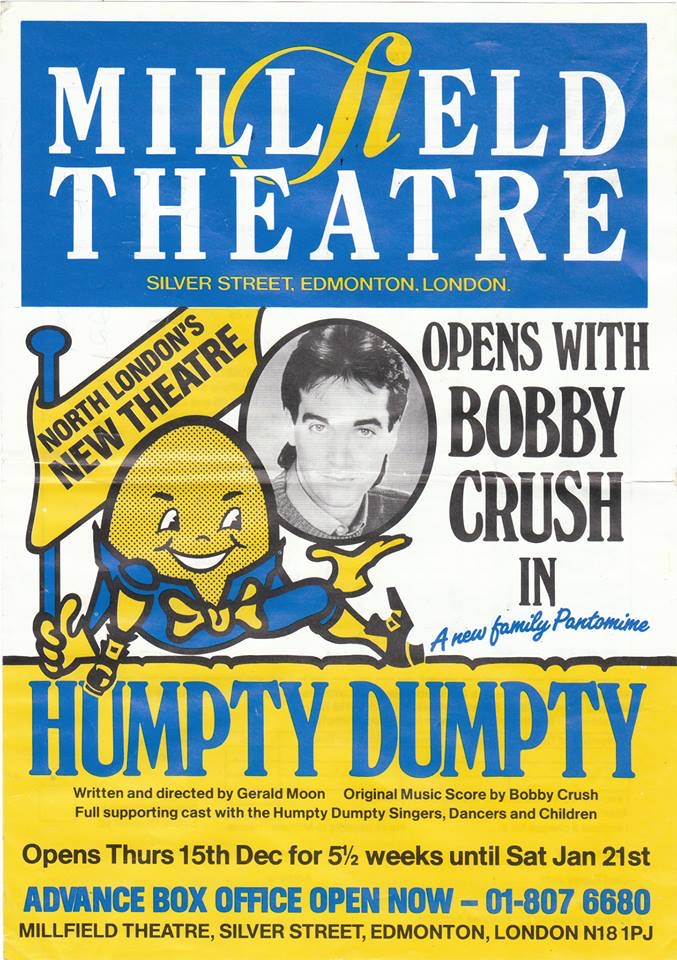 The first production at Millfield Theatre was the pantomime Humpty Dumpty starring Bobby Crush which set the trend of producing an annual Christmas pantomime that continues to this day.

Millfield Theatre quickly became the home of many of Enfield's leading Amateur Dramatic societies many of whom are no longer in operation today. However they still live on in the theatre as many of the seats in the auditorium are named after the societies.

Millfield has also proudly promoted a program of Great Legends Recreated giving Enfield audiences the opportunity to relive great concerts created by some of the best Tribute artists out in tour.

In 2009 the theatre underwent a small refurbishment to improve the Front Of House areas including the creation of a new bar, foyer, box office and toilets. 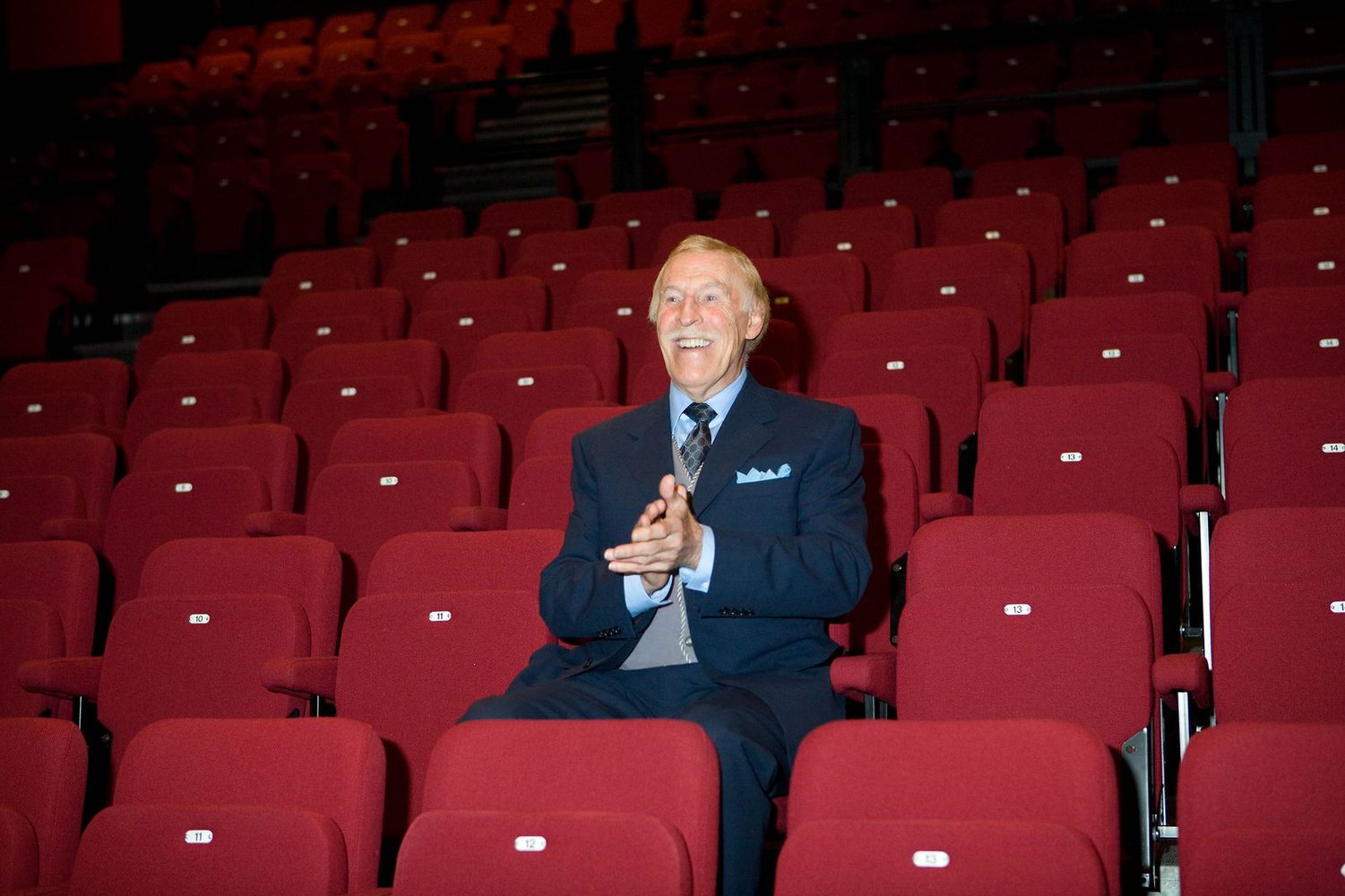 The main auditorium was renamed the Sir Bruce Forsyth Auditorium and on 6 October 2009 Sir Bruce Forsyth visited the theatre to officially open the refurbished venue. To view images from the visit view the Millfield Theatre Re-opening 2009 Gallery

Sir Bruce Forsyth was born in Edmonton on Victoria Road, a 10 minute walk from Millfield Theatre. He became the most successful entertainer on record entering the Guinness Book of Records in 2012 for having the longest television career for a male entertainer.

Today Millfield House and Theatre provide opportunities for the next generation of artists and performers and is the home of the Performing Arts Schools Platinum Performing Arts,

I have enjoyed every show I have seen here and can't wait for the next one with my 3 year old who has seen 2 shows already and loves it too!